Another Day of Life(2018) Cinema Review

“My money ran out and I am barely alive, It is more or less clear what will happen, which is that the Angolans will win, but it is going to take a while and I am on my last legs.”

Ryszard Kapuściński, a Polish journalist, wrote this to his editor pleading for returning to home after spending three and a half months on the road, soaked with blood and corspe, and a capital city filled with tension and chaos over the future of the country.

It was 1975, the colonialisation of Angola was ending as Portugal decided to leave the country. While the glimpse of independence was shining ahead of the african country rich with natural resources like diamond, a civil war, which than took no time to become a proxy battlefield for the ongoing cold war to establish control over the country and it’s resources, was shattering It’s dream of one.

The film uses animation to reacreate the scenerio as told by Kapuściński with an added commentary by the protagonists who were alived and some archival footage to give it a documentary flavour. The animation allows to avert visual representation of the disturbing graphic imagery of gunfire and blood and corspe lying around on the road for miles.
Kapuściński didn’t write the story on a fact based straightforward way, but his uses of allegorical and poetic metaphor made the story feel more alive and a bit fictional.

Kapuściński chased the legends of a Man who came to Angola as an imperialist soldier but than turned to an icon in the war for the opressed, while all of his collagues, friends tried to stop him in that pursuit not only because of thier doubt about the very existence of that man but the very fact that the southern front where he’s supposedly fighting is the more alive part of the war and no one knows who controls what there. The actually scenario of the war started to unfold as he took upon the journey to the hurt of the volcano.

Kapuściński faced a moral dilemma as he became too much invested with the war, it became a focal point when he stampled upon a piece of information about the war which could have catastrophic impact, the duty of a reporter to report the fact was overshadowed by the duty of a man invested in a cause which dawned to him as necessary to avoid more bloodshed and complexity into the war and help the ‘right side’.
A flashback memory to future, when one of his student asks him, that whether his very presence there altered the course of history or not, the answer to the question does not only lie to the outcome of the event rather on the question itself and it clung into the cinema untill the end.

P.S. The film was an adaption of the book with the same title by Kapuściński. He was one of the most acknowledged journalists of the last century, not only Angola but he also traveled across the world from one battleground to another to write the stories of the people. 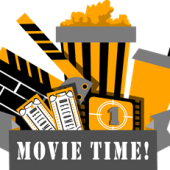